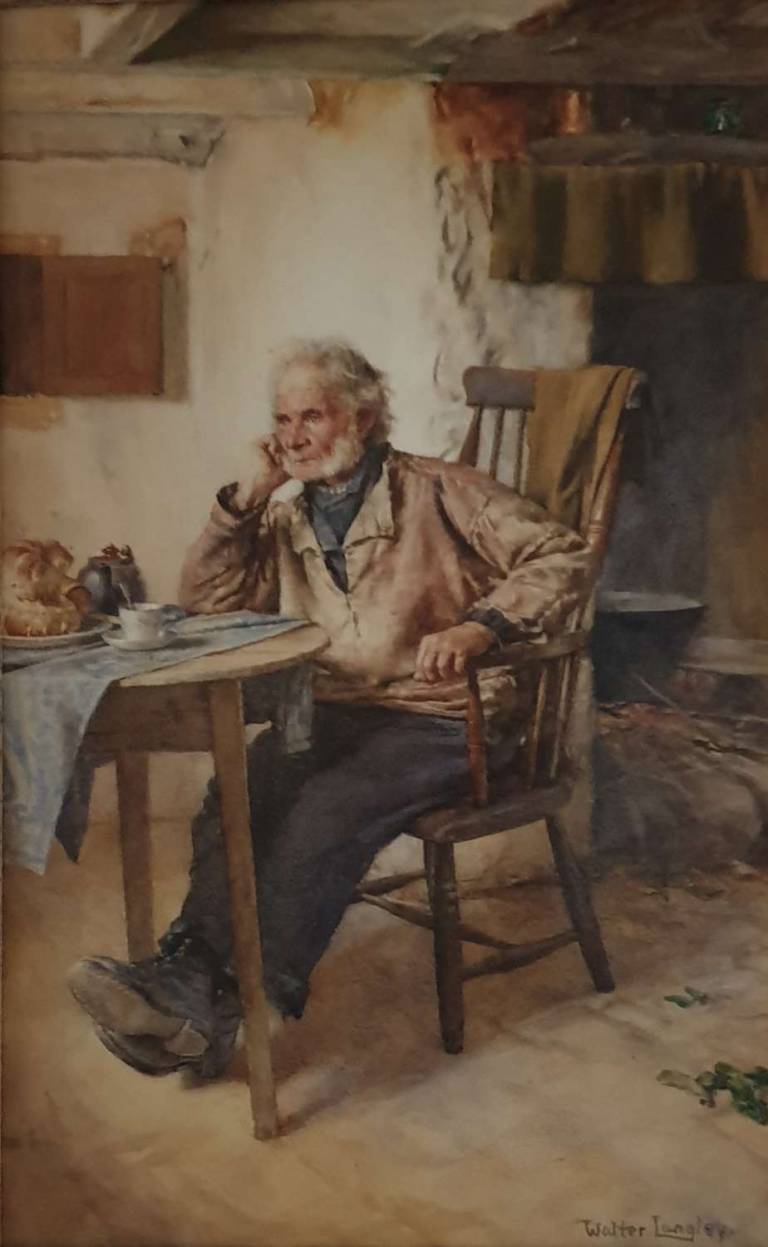 Enquire about this item
Walter Langley (1852 – 1922) was an English painter, born in Birmingham, and founder of the Newlyn School of plein air artists.  His work is considered ‘vital to the image of the School’ and ‘alongside Stanhope Forbes ... the most consistent in style and substantial in output’.At age 15, Langley was apprenticed to a lithographer and his training in technical skills gives his paintings their detail and texture.
At 21 he won a scholarship to South Kensington where he studied design for two years doing highly ornate work in the Renaissance style, mainly in gold and silver. He returned to Birmingham and took up painting full-time and in
1881 he was elected Associate of the Royal Birmingham Society of Artists and moved with his family to Newlyn, Cornwall where he was one of the first artists to paint the life of the fishing community.  His working class background enabled him to identify and sympathise with the hardships of the working class fishermen and this is reflected in his paintings such as the watercolour For Men Must Work and Women Must Weep.
In 1884 Langley was elected a member of the RBSA.  One of his paintings was singled out as ‘a beautiful and true work of art’ by Leo Tolstoy in his book What is Art and in 1895 he was invited to submit a self portrait to hang alongside those of Raphael, Rubens and Rembrandt in the Uffizi’s collection of portraits of great artists.