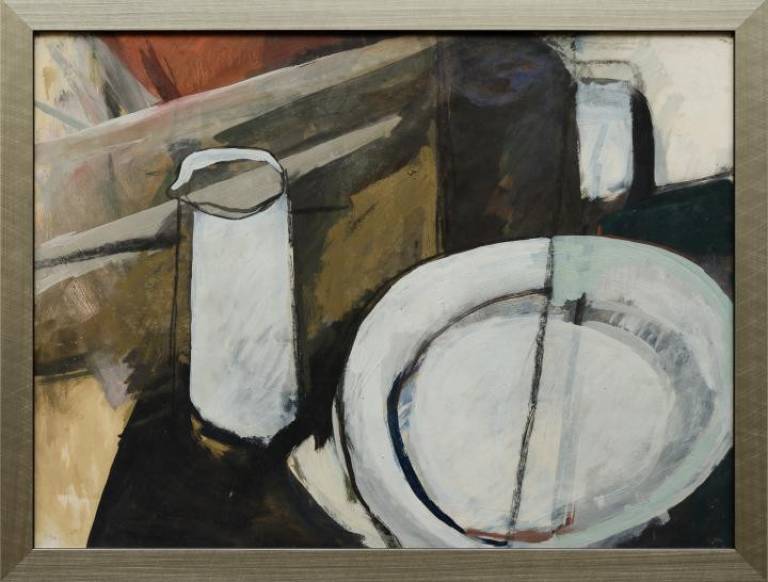 He  has been committed to painting since the age of nine. This activity took precedence over academic studies to the extent that he had learnt to paint in oils and to draw proficiently by the time he left school. His commitment to Cornwall was equally strong so that his most relevant work at that time was achieved during holidays from the Slade.

At the beginning of the sixties Jeremy  went to live in seclusion with his young family at St Just, a remote village on the exposed north coast close to Lands End. He painted there throughout that decade, in the process first making his name as an artist.

A move to the Cotswolds accompanied his subsequent remarriage; he lived there with Lyn during the seventies , returning to West Cornwall in the early eighties. Since then he has drawn his artistic inspiration once again from that remarkable land with its surrounding seas.