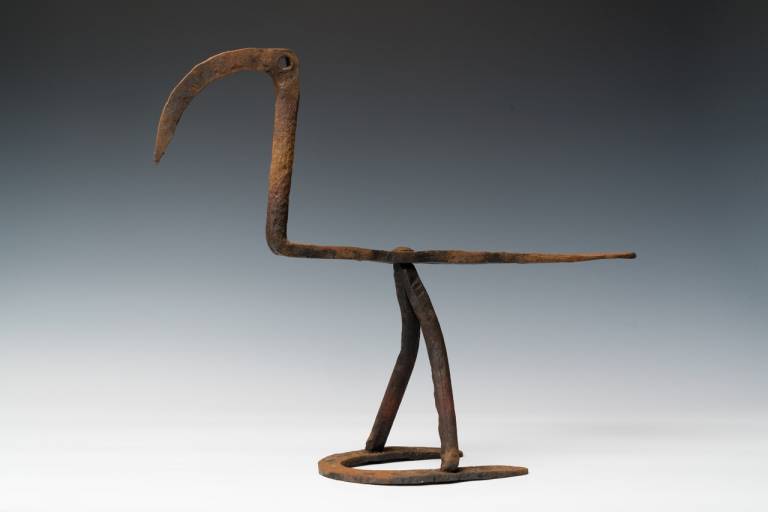 Bryan Illsley is a master of the spontaneous, of the unprecedented, un-anticipated texture and mark, the thing that was never conceived or executed before this gesture of arm and wrist, and which can never be repeated, however many more similar marks will be made after, including those on the same surface, made a few inches away, moments later. Before, now, now, again, now, again, after; a rhythmic dynamic of time is inscribed in these strokes and markings: and an urgency of spirit, a sense of necessity, perhaps, something for the want of something else more complete, more determined; a desperation even, or a defiant exultation! Nothing is premeditated in this process of mark-making, in the brushed scribble and broken inconsistent plane of the paint; no aspect of the final image – an image that is the thing itself, conterminous with the support that carries it – is predetermined.

The perceptual impact of the image-object is immediate: every mark simultaneous in its dynamic presence, there is no point of rest, no beginning or end. You are disconcerted perhaps, but also enthralled, as if you had come across touches and traces sent from who knows who, who knows when, ‘speaking’ (in a manner of speaking) to us from an elsewhere unnameable in an untranslatable tongue. ‘As if’: because, of course, the manner of delivery, the determined dimensions of the canvas support, the title, the apparently arbitrary diversity of texture and scatter of line, colour-smudge and mark, the patches of black, white, colour, half-colour and off-tone are implacably objective aspects of a deeply considered art. Illsley – who is a consummately cunning and resourceful craftsman, a jeweller and a sculptor as well as painter – is nothing if not artful as he dodges familiar categories of genre and style. It constantly takes us by surprise that such an unprecedented thing should have arrived in front of our eyes.