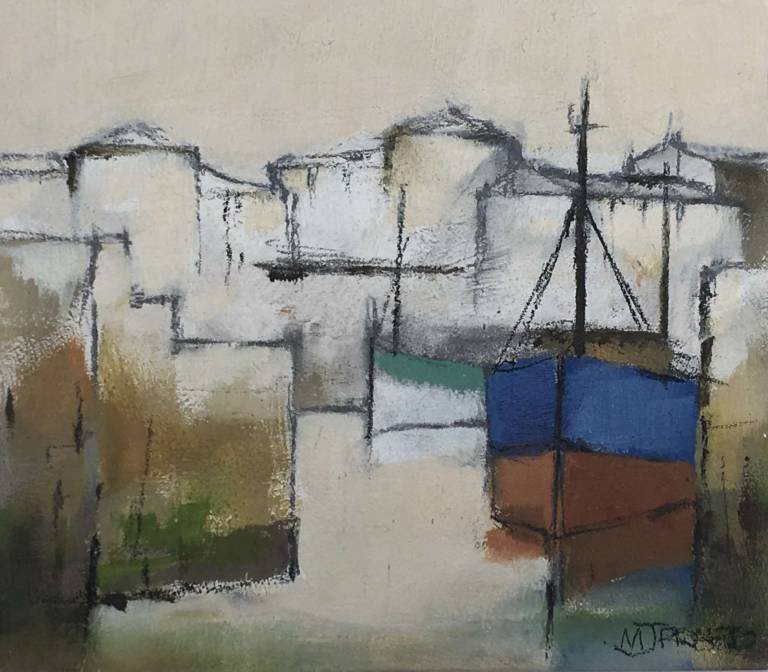 Artist Michael Praed was born in Cornwall in 1941 and studied art locally, at the Penzance and Falmouth Schools of Art. He taught painting and drawing in Penzance for nearly thirty years before leaving to concentrate full-time on his own painting. Michael lived in the fishing port of Newlyn for much of his life with his studio commanding spectacular views over the harbour and across the bay to St Michael's Mount.  Michael moved to Madron in recent years and the influence of the rural environment can be seen in his later art work.

Michael's paintings of the Cornish coastline, ports and fishing boats have a distinctive personal style and are instantly recognisable. The strong, near vertical lines often that often pervade the work evoke those that are omnipresent in the granite cliffs and harbours of Penwith. Bright hulls of boats contrast with the natural sea blues and rust-coloured rocks that characterise many of the paintings. Michael's larger artworks tend to be in oils while smaller paintings are made on paper with gouache and pastels.

Michael's paintings have been exhibited widely in the UK art galleries and abroad for over forty years. He has held solo shows in London and across continental Europe. He is a member of the Penwith Society of Artists and a former Chairman of the Newlyn Society of Artists.