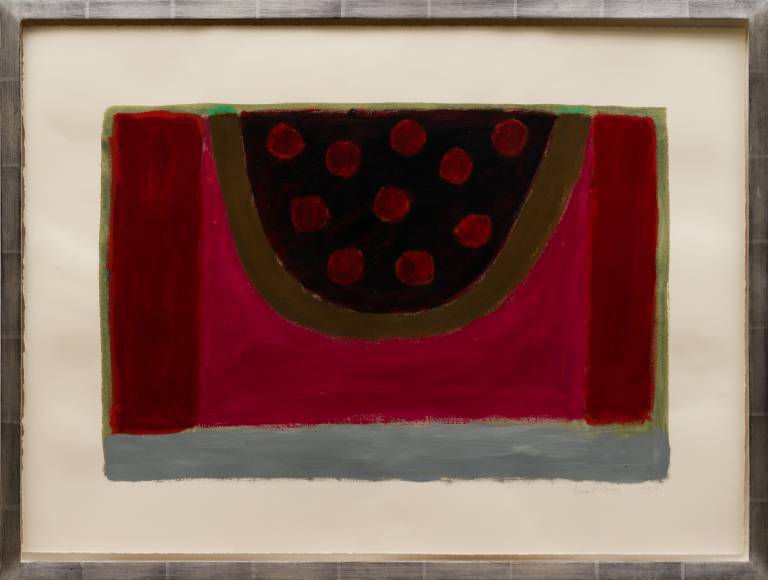 Breon O'Casey (b1928) has lived and studied in Cornwall for well over fifty years. Breon O'Casey arrived in St Ives in the late 1950s. He was an assistant to Dennis Mitchell from 1959-1961 and to Dame Barbara Hepworth from 1961-1963. Mitchell, Hepworth, and Bernard Leach were amongst those most inspirational to Breon O'Casey. His work is powerful, poetic and the simplicity is unriveled. Breon O'Casey died at age 83, he was one of the last survivors of two great traditions. As an artist, he was an important figure in the St Ives school, whose leading lights included Barbara Hepworth, Ben Nicholson and Bernard Leach.

O'Casey's versatility as a jeweller, weaver, etcher, printmaker, engraver, painter and sculptor owed much to working among such talents. But there was another dimension to the artist, who, as the sole surviving son of the Irish dramatist Seán O'Casey, provided a link to the Celtic literary revival. Born out of a movement that largely lacked a visual aspect, O'Casey filled a familial gap, becoming successful in a wide range of media that eschewed the written word.