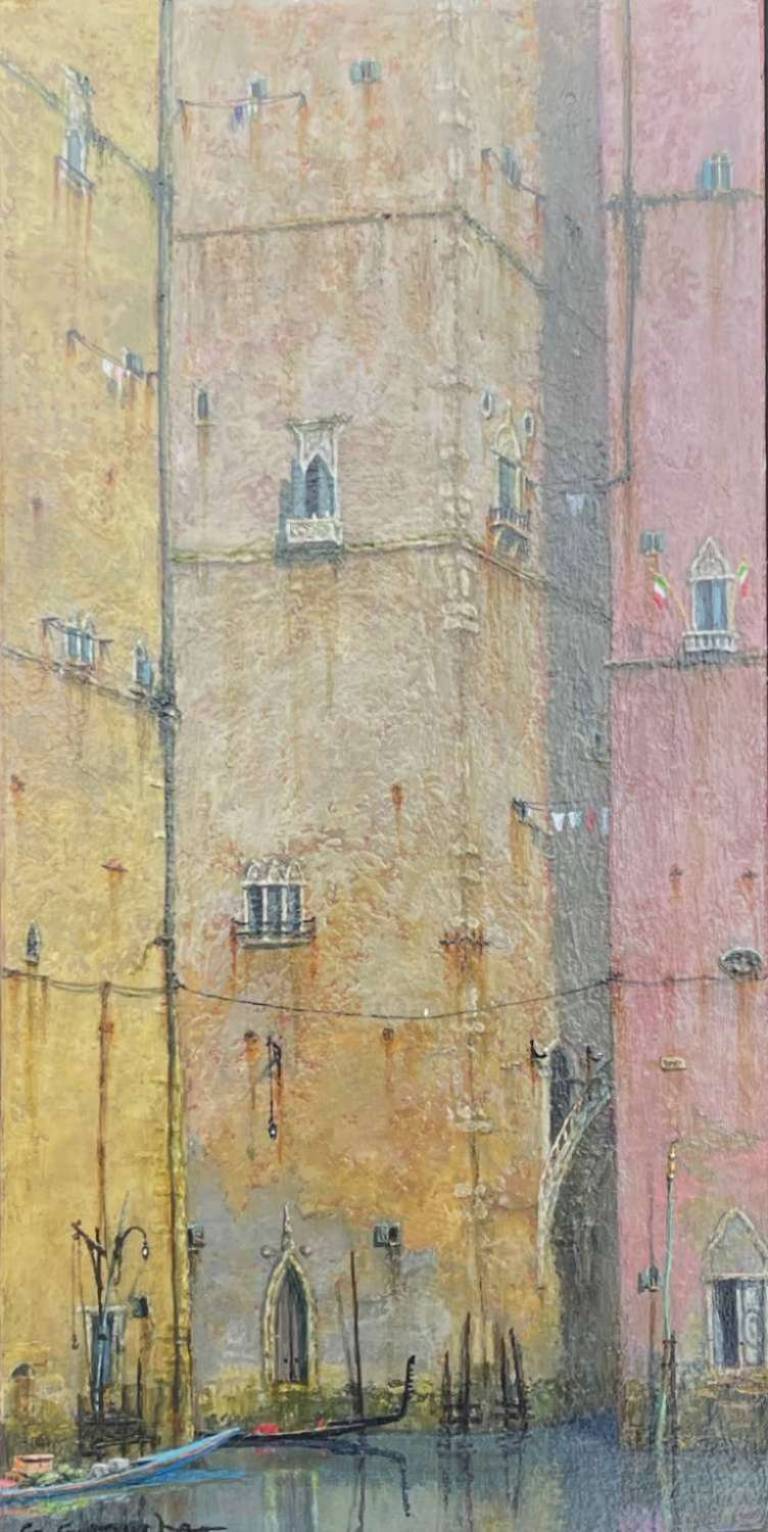 Cyril Croucher was born in 1951. He was born and grew up in Shoeburyness, a small village in Essex. He studied and graduated at Southend-on-Sea Art College and then set out to establish himself as a professional artist.

Dissatisfied with the art work he was producing and following the death of his father, Cyril Croucher stopped painting and, as he says, “rejoined the real world and got a proper job”. For the next twenty years Cyril worked in various trades, from boat building to gardening, and finally settled into a successful career as a property surveyor. It was only when he moved to Cornwall that he started to paint again - unable to help himself in the face of so much inspirational material. It was the houses and boats in their quaint harbour settings that interested Croucher most, and his present style was born and began to evolve.

Cyril and his wife bought and extended the Millpool Art Gallery in Mousehole and began to exhibit his new work. The work was much admired and collected. The gallery has now closed but Croucher's art work has continued to grow hugely in popularity and he continues to participate in numerous successful exhibitions in the UK.

Cyril Croucher likes to create a different view of the world. It is his own particular interpretation of what he sees. His preferred medium is acrylics on board, as he believes the quick drying quality suits his style of painting. Croucher builds up colour by continually applying a thin layer of paint which is then rubbed back until the colour is almost translucent. This process produces a muted depth to the colours.

Croucher's approach to paintings developed out of a fascination with the height of harbour walls and the buildings which are often built on the harbours and quays. The sense of height from inside the harbour gave Cyril the feeling of looking upwards inside the immense space of a cathedral. He trys to capture this feeling in his paintings together with other elements and memories from my past. His aim is to create a sense of timelessness, calm and intrigue.

Cyril Croucher art work has been exhibited at many leading British Art Galleries. This includes the Royal West of England Academy Autumn 2007 exhibition where his painting won the “Viewers’ Choice” Award. He has also had work accepted in the Royal Academy Summer Exhibitions on numerous occasions.