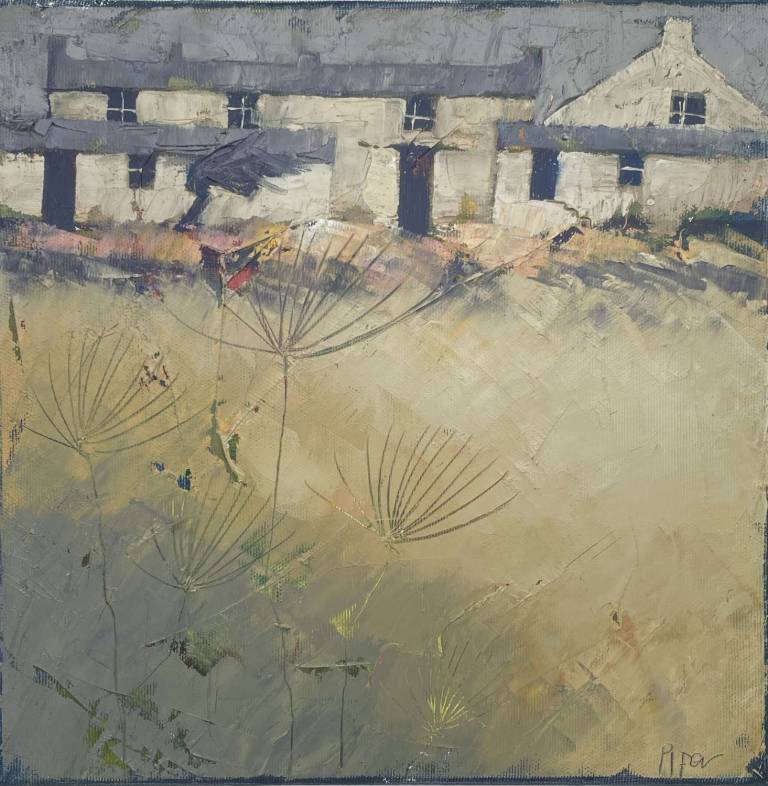 Artist John Piper was born in Salisbury, Wiltshire in 1946 and moved to Cornwall while still at school. He soon discovered the contemporary paintings being shown in St Ives and first exhibited his own work in the late 1960s. He taught painting, drawing and ceramics in schools in Penzance for twenty years before leaving in order to paint full time. Today he lives close to Land's End and works from his studio, a converted barn overlooking the Penwith Moors.

Strongly influenced by the countryside of West Cornwall, John is well known for his paintings of the moors, carns, headlands and cliffs that characterise this landscape. More recently cottages and farm buildings have been predominant in his work. He applies paint in several layers, often with deeply etched lines allowing contrasting colours to show through. Looming skies or large expanses of moorland create a dramatic, often stark effect. John always works with oils, smaller paintings usually being on board, larger on canvas.

John exhibits regularly in Galleries in Cornwall and the rest of the UK. His paintings have been shown across Europe and North America and are widely collected. He is a member of the Penwith Society of Artists and a former Chairman of the Newlyn Society of Artists.