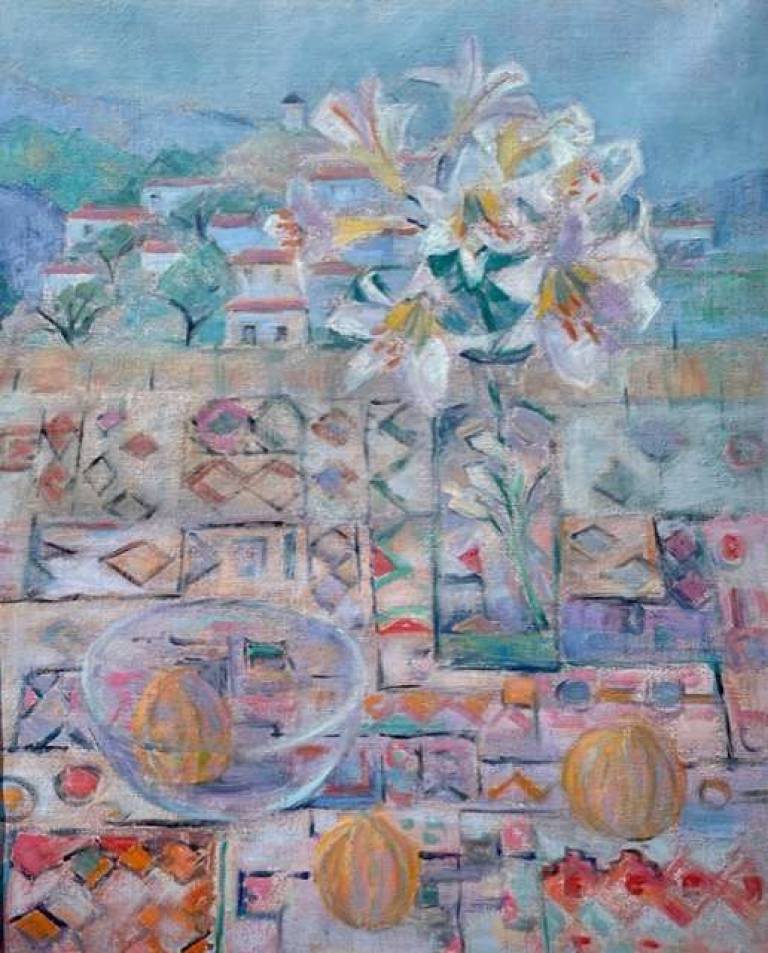 June Miles RWA is an outstanding landscape and still life painter, with a soft, gentle but vividly colourful palette. Her exhibitions represent work carried out not only in Cornwall, but also in France, where she and her late husband Paul Mount maintained a second home.  Both her daughters, Helen Feiler and Christine Feiler, are also artists of greatly refined sensitivity: Helen with her jewellery and textiles, and Christine with her porcelain and ceramic exhibition pieces.

June was born in London and spent the first six years of life near Hong Kong.  Her art training was at the Slade School, and during WWII she drew maps for the Admiralty Drawing Office.  The artist was the first wife of painter Paul Feiler , and the couple moved to Bristol where their three children (Anthony, Helen and Christine) were born.  She moved to Cornwall when the couple separated, though she continued to teach at Bristol Polytechnic and the Folk House in Bristol.

In 1978 she married the sculptor Paul MOUNT and together they had studios in St Just-in-Penwith, where they also lived. At that stage June became fascinated with still life, one of the two major dedicated themes of her working life along with the landscapes. She works directly on her canvases, letting them evolve as she works, and without using sketches.