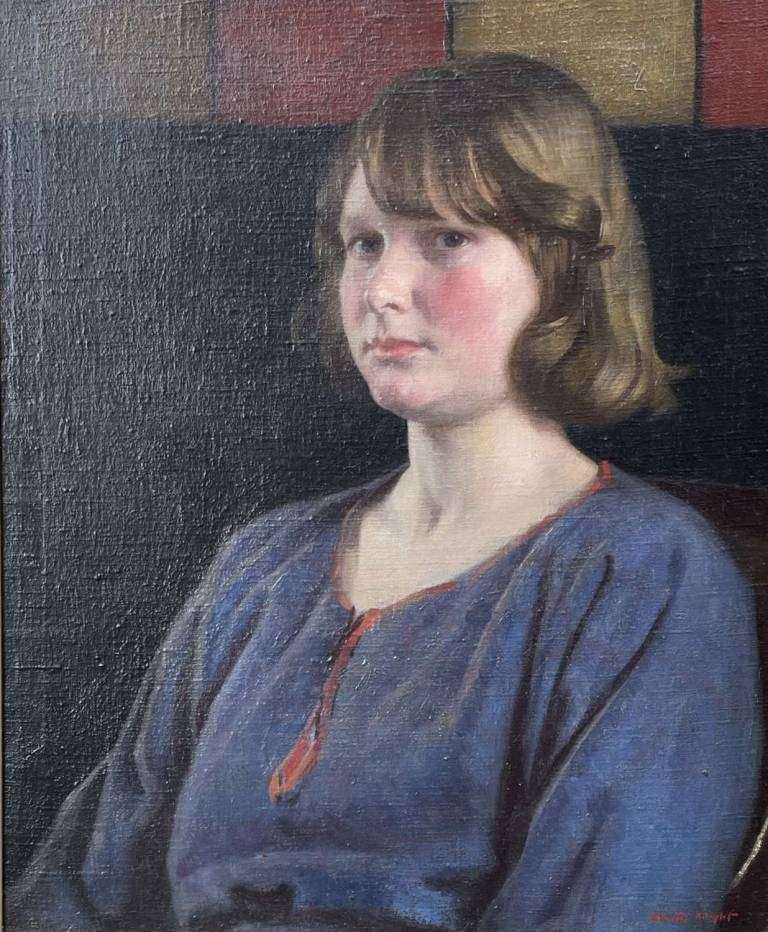 Harold Knight was born in Nottingham in 1874.   He was

enrolled at the Nottingham School of Art and Design at the

Age of 14  possibly encouraged by his father, the Architect,

During his time there he was considered best in college

at Academie Julian and on his return to England he married

In 1907 the couple moved from Nottingham and Staithes to Newlyn,

following their love of genre and portraiture.      They were an

attractive addition to the art colony grown around Newlyn,

Mousehole and Lamorna  and although they  put their their art first,

Harold and Laura Knight loved entertaining  at their home in

Lamorna, welcoming  neighbours from all walks of life.

Moving later to London,Harold regularly exhibited at The Royal

Academy and became an RA in 1937.   His finely worked pictures were

always thoughtful as,it seems, was his role as husband to Dame Laura.

His paintings are now being reappraised.