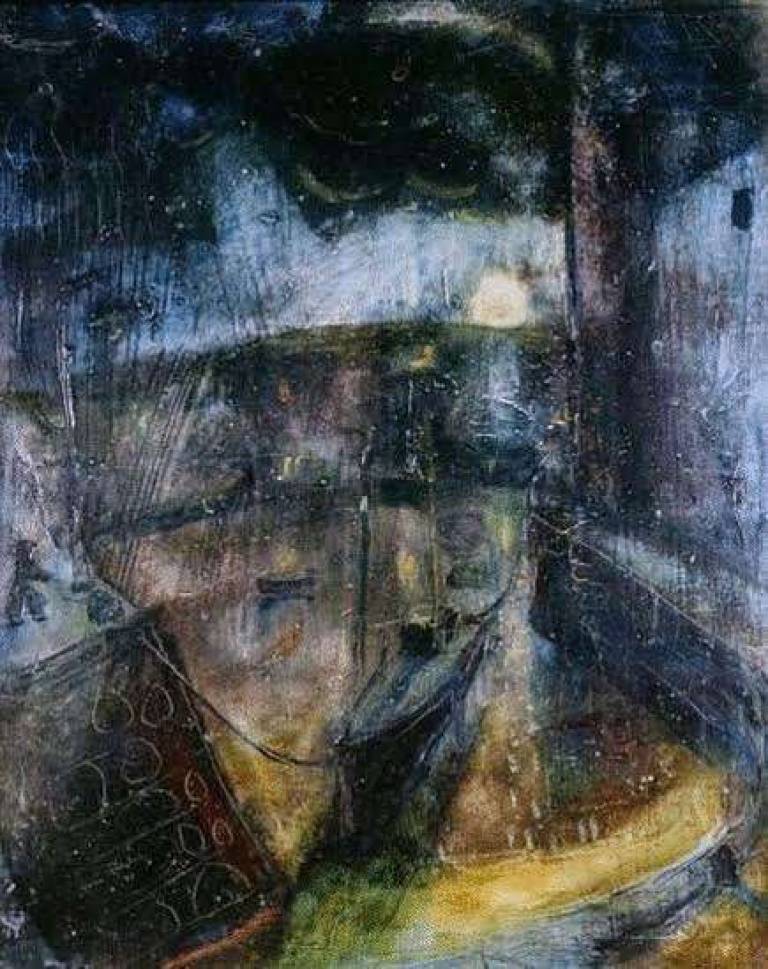 Unhinged by his nightmarish experiences during active service on the Western Front making dangerous reconnoiters behind enemy lines in a truck and traumatised further by his `imprisonment' in the Birmingham madhouse, Sven Berlin never truly recovered. Back in St Ives, he whiled away his life painting in his shabby, concrete hut he named `Sven's Tower'. His only companion was `Starvation' - a woman with one blind eye who will not open her mouth or her legs and who can utter only one word; NO. This was not a literal starvation resulting from lack of food or money - he was in fact fortified by a grant from Dartington Hall arranged by Bernard Leach and the Artists' Benevolent Fund. Rather it was a mental starvation, starved from the solace of a balanced mind. By 1947, Sven was comforting himself with the dangerous drug Benzedrine, which he obtained by prescription from his doctor at the rate of fifty pills a week. This kept him high while staving off the manic depression and suicidehe feared lay in wait for him, but it was also a poison which led to what was known as the `black depression'. St Ives by Night is a chaotic frenzy of light, line and colour inspired by the exhilarating effects of Benzedrine which, as an amphetamine, literally jolts the nervous system into a state of euphoria. The painting takes on a life of its own, with the head and shoulders of an unknown man who emerges hallucinatory before the eyes.