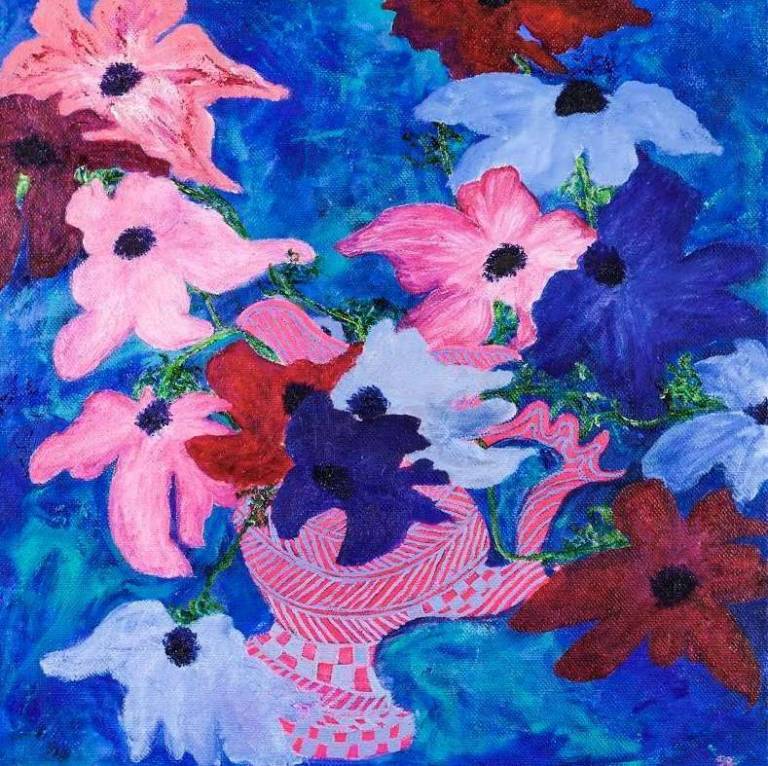 Painter Susan Bleakley has been listening all her life. As a child she learnt to listen to the voices from the ether - the upper air. She knew she was a sensitive; a girl who heard the stones and trees speak.

Later, Susan’s immersion in Shamanism and native respect for ‘mother earth’ became inseparable from her art - her large colourfield paintings exude quietude; she says they are about stripping back veils to reveal the internal voice. Shamanic healing optimises the flow of energy fields around the body and Susan’s perfectly balanced paintings resound with smooth flowing energies.

Formally, these paintings are labelled as pure abstraction and have the meditative rigour of American abstract painter Agnes Martin, herself drawn to the spiritual purity of the North American Indian life - inseparable from nature. The Bauhaus master Josef Albers with his writings on colour theory, had a huge influence on 20th century abstract painters - Brigit Riley’s famous stripe paintings being our best known example of simultaneous contrast. Susan’s use of this technique is nuanced and beautiful, Her choice of colours quiver with light, inside and out, in synergy with the flowers and foliage growing in her clifftop garden - which she tends to daily.

Bleakley’s listening voice is well honed. Since her student days at the Royal College of Art Susan has had a long and fertile career, first as a sculptor then a film maker and painter.