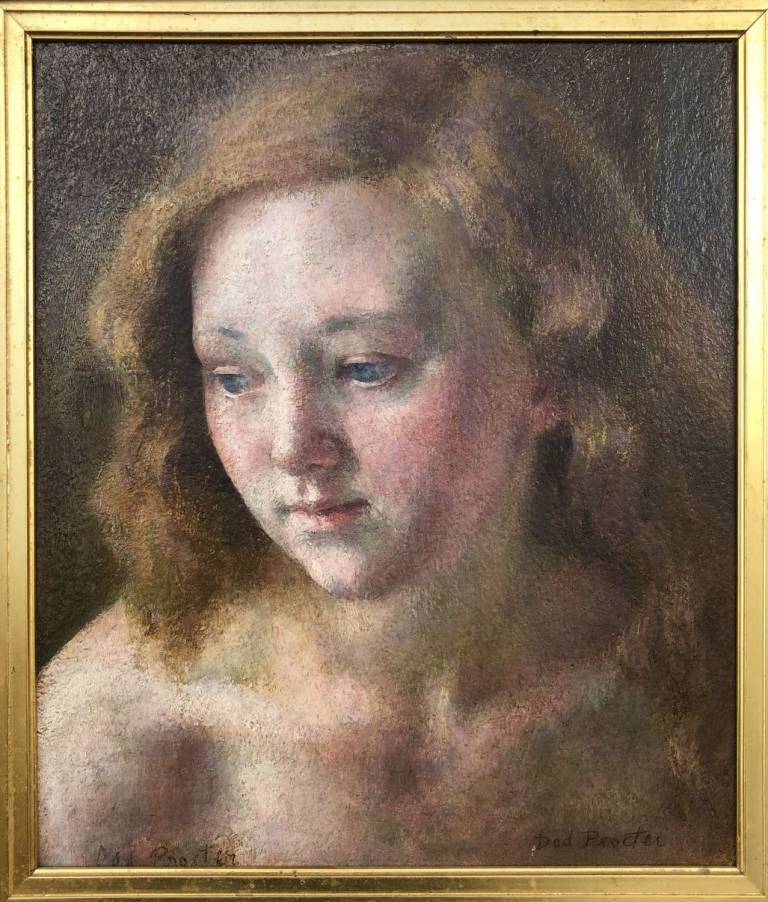 Dod Procter, born Doris Margaret Shaw, RA (1890 - 1972) was an English artist, and the wife of the artist Ernest Procter. Her painting, Morning, was bought for public by the Daily Mail in 1927.

Procter and her husband attended art schools in England and Paris Together, where they both influenced by impressionism and the post impressionism movements. They also worked together at times, sometimes sharing commissions and other times showing their work together in exhibitions. Procter was a lifelong artist, active after the untimely death of her husband in 1935. After Ernest's death, Procter travelled to the United States, Canada, Jamaica and Africa. She died in 1972 and is buried next to her husband at St Hilary Church, Cornwall. She was a member of several artists organisations, such as the Newlyn School and became president of St Ives society of Artists in 1966. Her work was exhibited at the Royal Academy on many occasions.